Words - what are words worth ?

We got some dreadful news last week. Malcolm McDonald played bass in the first lineup of the Primevals, and returned to play guitar for much of the band's time. He left at the tail end of last year. His son, Robbie, was killed in a hit & run accident on Monday night,while cycling. Robbie was a lovely young man, only 22. My heart goes out to Malcolm and all his family. The funeral is on Thursday. We'll be there. I haven't spoken to Malc in a while, the way that you don't always talk to some of your oldest and dearest friends because you know you'll always be able to pick up again where you left off. Yeah, that.

It's the kind of news that makes you go and hug your children, even if they are asleep.

The rehearsal tonight was subdued. We did our best - we've got a gig on Friday playing Gun Club & Jeffrey Lee Pierce songs at a charity show to raise money for the homeless.

We grew up on these songs, that vibe. We supported the Gun Club at Strathclyde Uni in 84 - the photo of our first album was taken backstage at that gig. 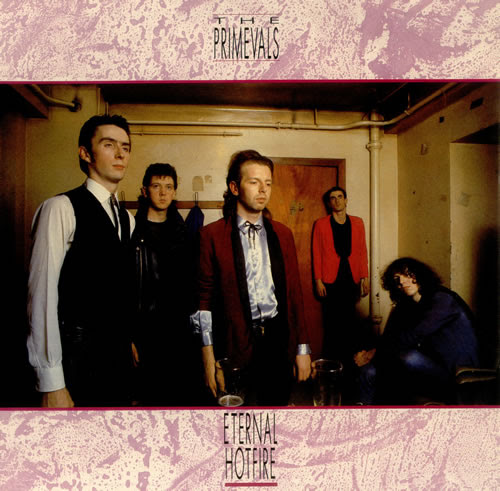 I was 22 in that photo. I still have that bootlace tie. I'll be wearing it on Friday.