We got the train from Glasgow to London, then sprinted hotfoot to Eurostar - delays on our train made it rather a short timeframe! Sucessfully on the train, we shared a bottle of wine - tres continental, those Primevals. Our friends Jes & Thierry met us at Le Gare du Nord, and took us out for a lovely meal nearby. 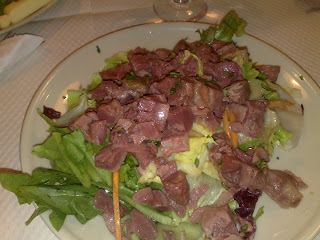 Michael and I told Jes in separate conversations how excited we were to be back in France. We also chatted about songs for the set, and Jes asked why we weren't doing "Total Destruction to Your Mind". We hadn't rehearsed it at all  - in fact this lineup has never played it - but we decided to try it out at the soundcheck in Lorient.

Martin & I went on with Thierry to Manu's flat - he was away at a funeral but had kindly agreed to put us up. After admiring Manu's excellent record collection we called it an early night as we had to be on the road for 10:30. In my experience, tours where everyone tries to be 5 minutes early run much more smoothly than ones where everyone is casually late. 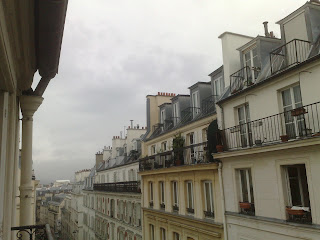 
In the morning, it turned out that the Metro to the meeting point was very quick so we had an hour's wait. But that was fine - far better than us being late for the van. Our friend Bernard helped with a lot of the organisation of the tour, and did a lot of driving too - this was our first sight of the van, a very comfortable Renault. We left rainy Paris, heading for sunnier Brittany.

Le Galion is a rocking wee venue, good get-in, good stage, really good sound engineer. This was also our first sight of all the equipment that Bernard's band (The True Faith) and his friends had lent us. Guitars - a standard Strat - perfect for Michael, a Tele that required a little work straightaway, an Epiphone Wilshire that was Martin's main guitar, and a Fender Toronado that I used throughout. John had a good Fender Precision and an Ampeg head and amp. We worked through the Laneys and Marshalls - and we were all set.

A pretty wild crowd for a Sunday night, very warm reception, great fun - and to our delight the merch started selling, We had some of our old New Rose records with us - they all went on the first night - and the t-shirts started going. Afterwards back to JB's (the lovely bar owner) for beer and blethers, lights out by 3:30 so we could be on the road for 1ish to Rennes 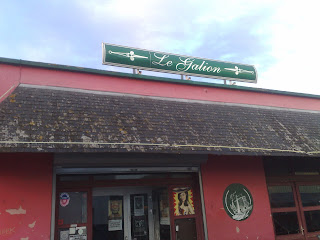 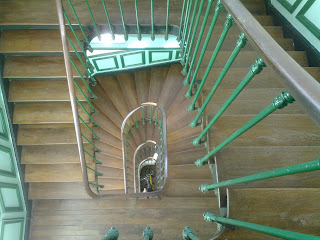